<!--wrapper both columns--!> <!--<div>--!> <!--wrapper left column--!>
<!--texts are here--!>
Berufsschule Schütze-Areal
university of applied science
Zürich, CH
1994
In collaboration with teachers and educators, this project developed a new concept for a school in concert with new pedagogic objectives.
The school building is understood as an open system that is adaptable in its structure. A framework was designed within which flexible and fixed zones were structured. This three-dimensional framework is punctured by a series of courtyards and light wells bringing light deep into the building. In addition, the spatial layout is subdivided into four zones according to programmatic requirements: classrooms, laboratories, administration, and communal spaces. The teaching zone is the largest, promoting various forms of teaching including lectures, interdisciplinary teaching, and workshops.
The school’s volumetric form addresses the industrial buildings of its neighborhood, leading to the idea of a school as a warehouse. A series of entries ensures flexibility and transparency from inside to outside, opening the school to the neighborhood.
competition team
Marc Angélil, Matthias Kobelt, Reto Pfenninger (PV), Manuel Scholl
specialists
Patrick Trüb
Urs Meier
Michael Egloff
Atelier Ganz
<!--texts end here--!>
<!--wrapper left column--!> <!--wrapper right column--!>
<!--images are here--!> 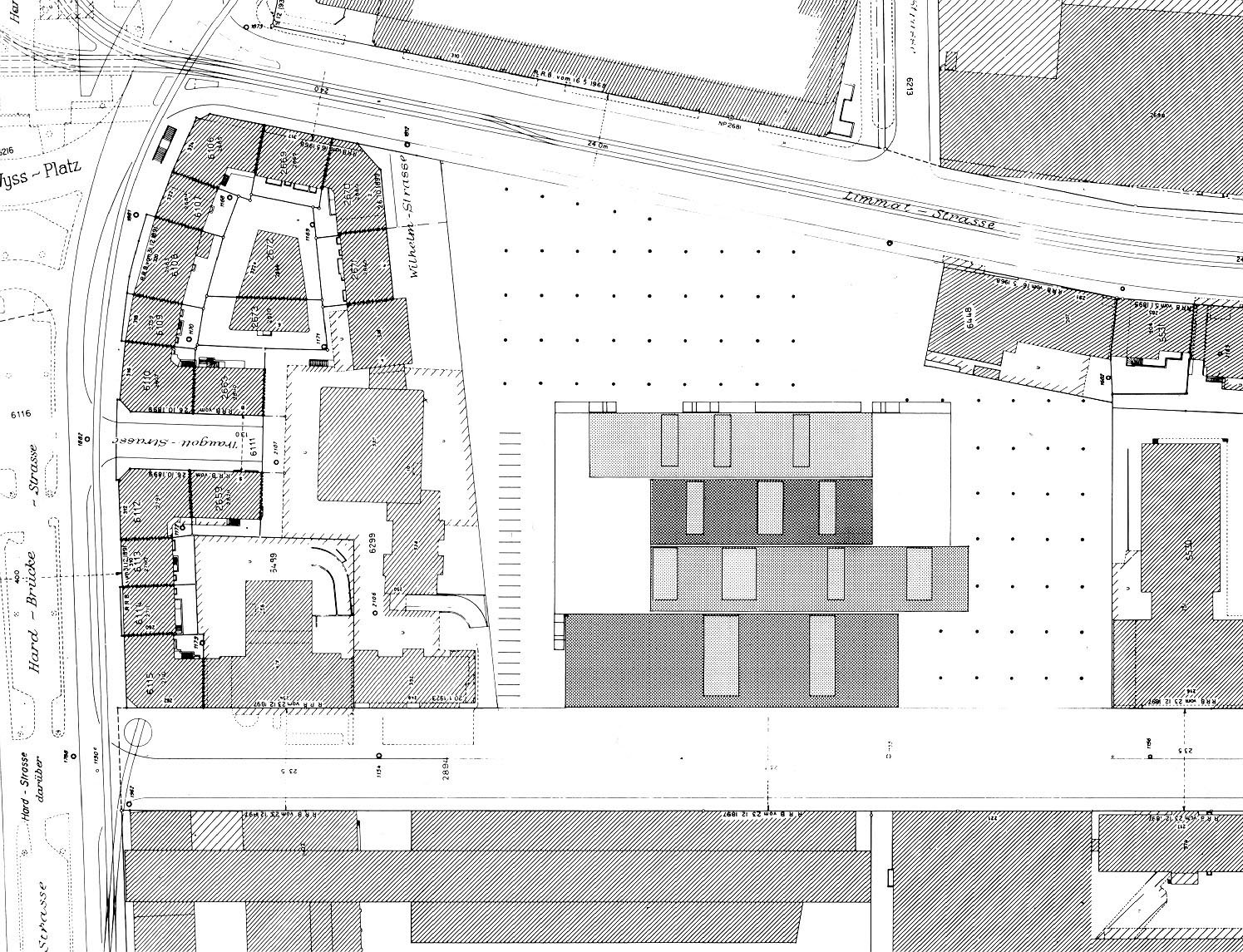 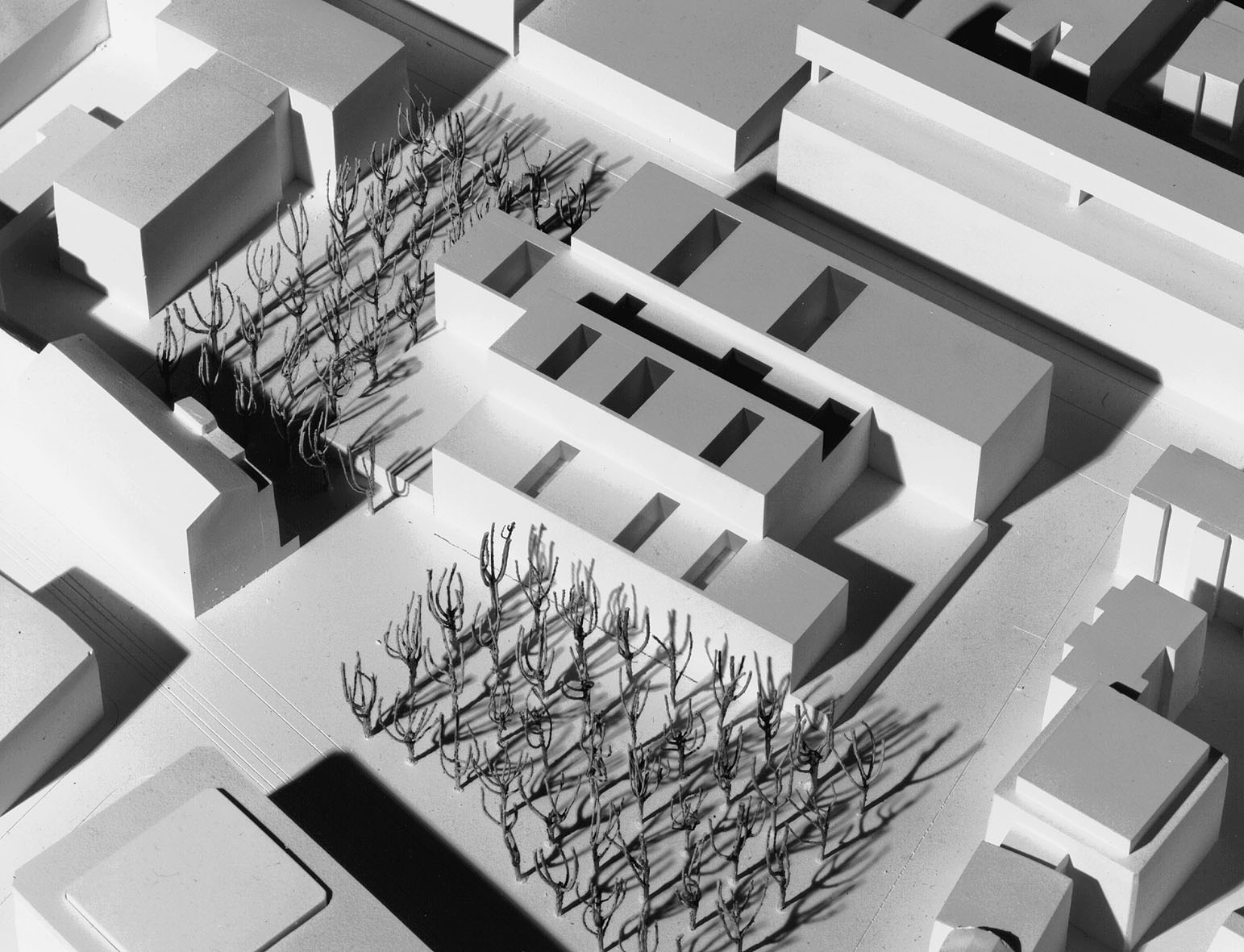 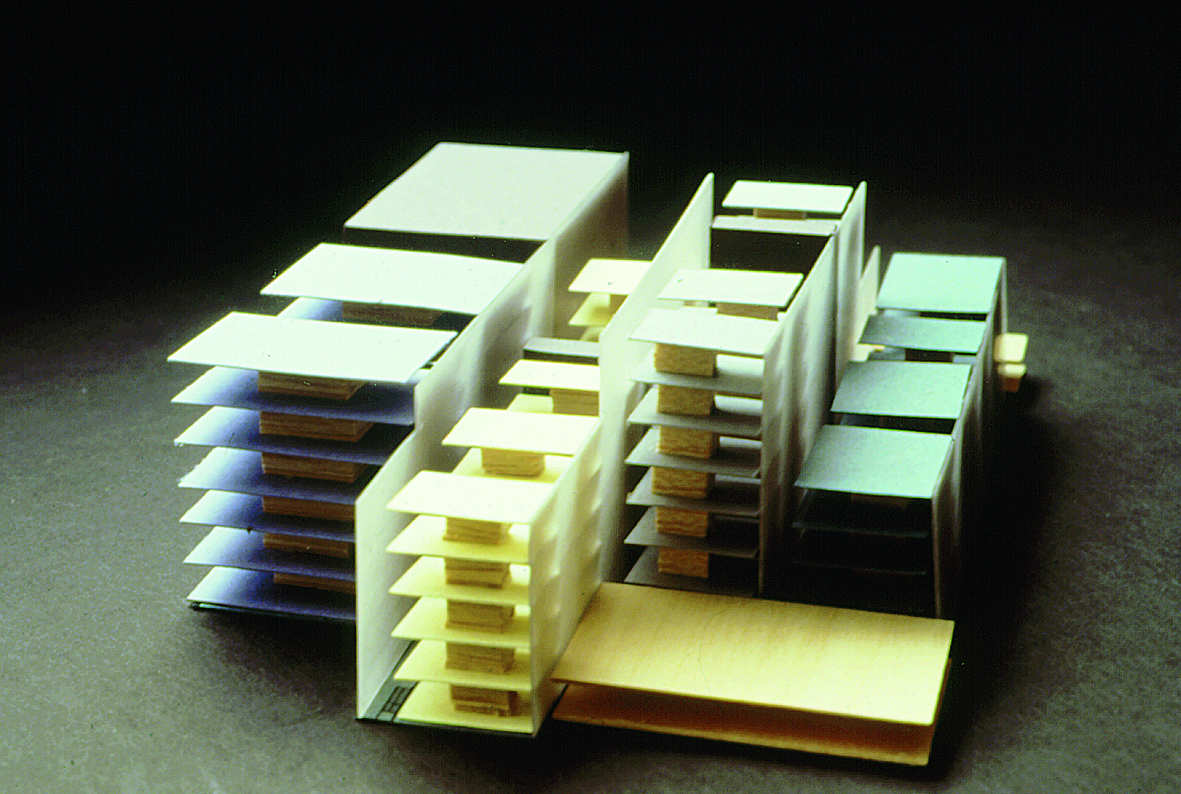 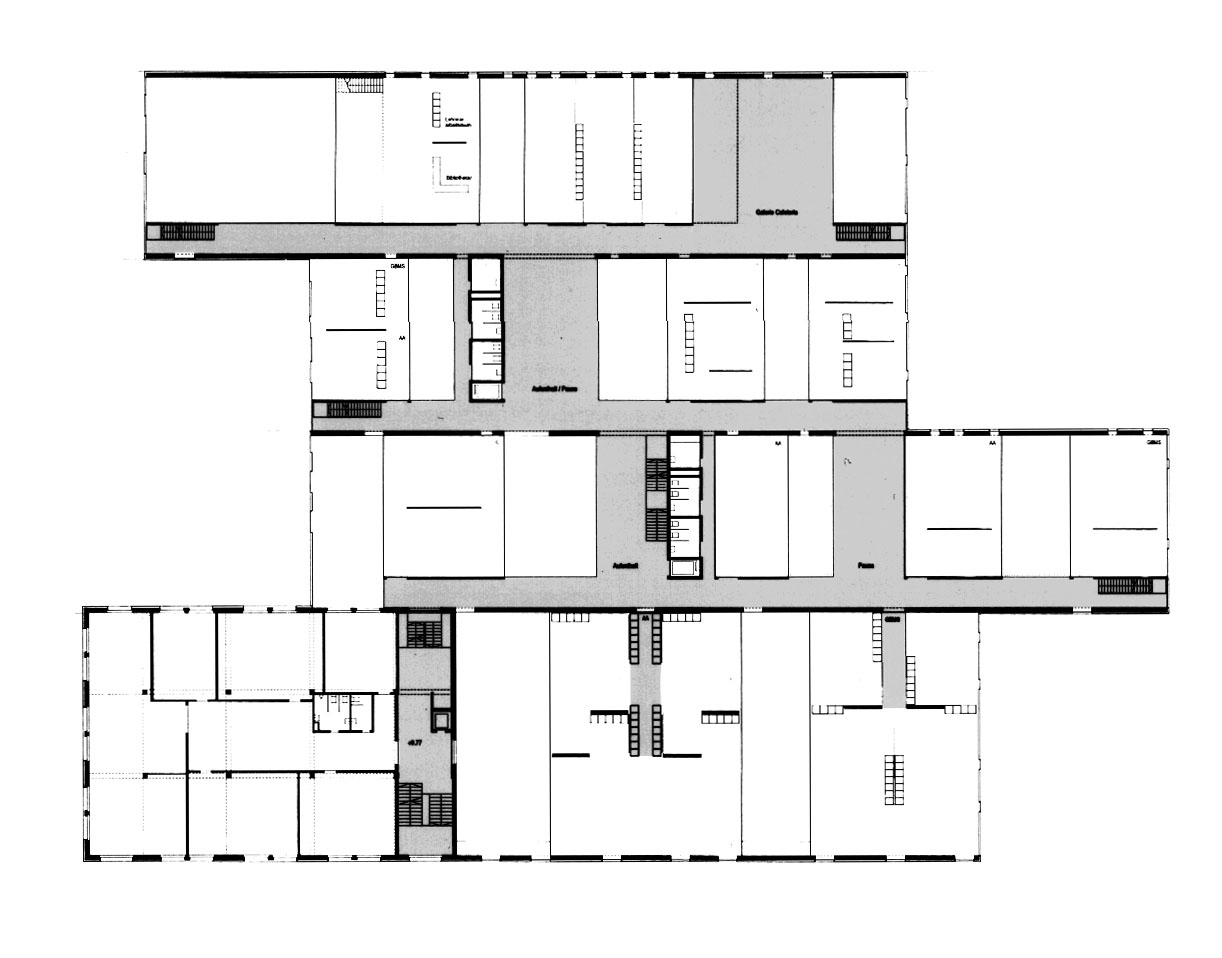 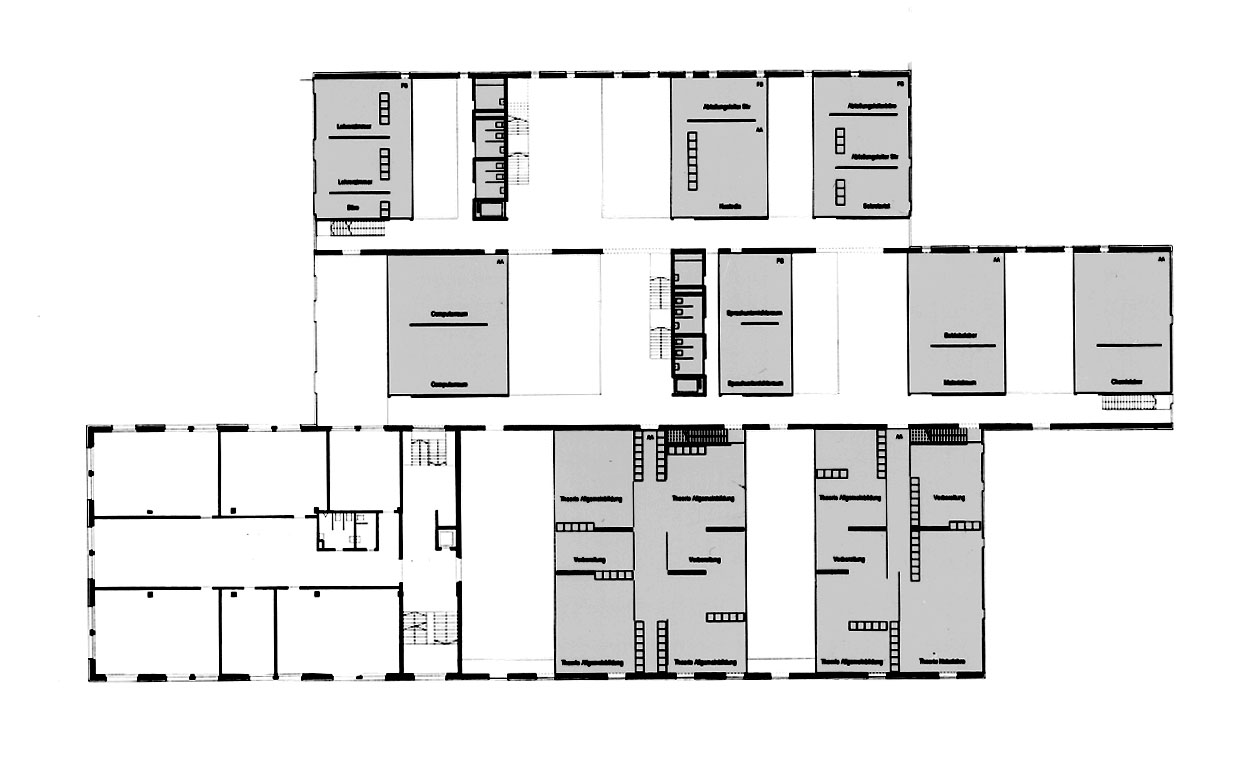 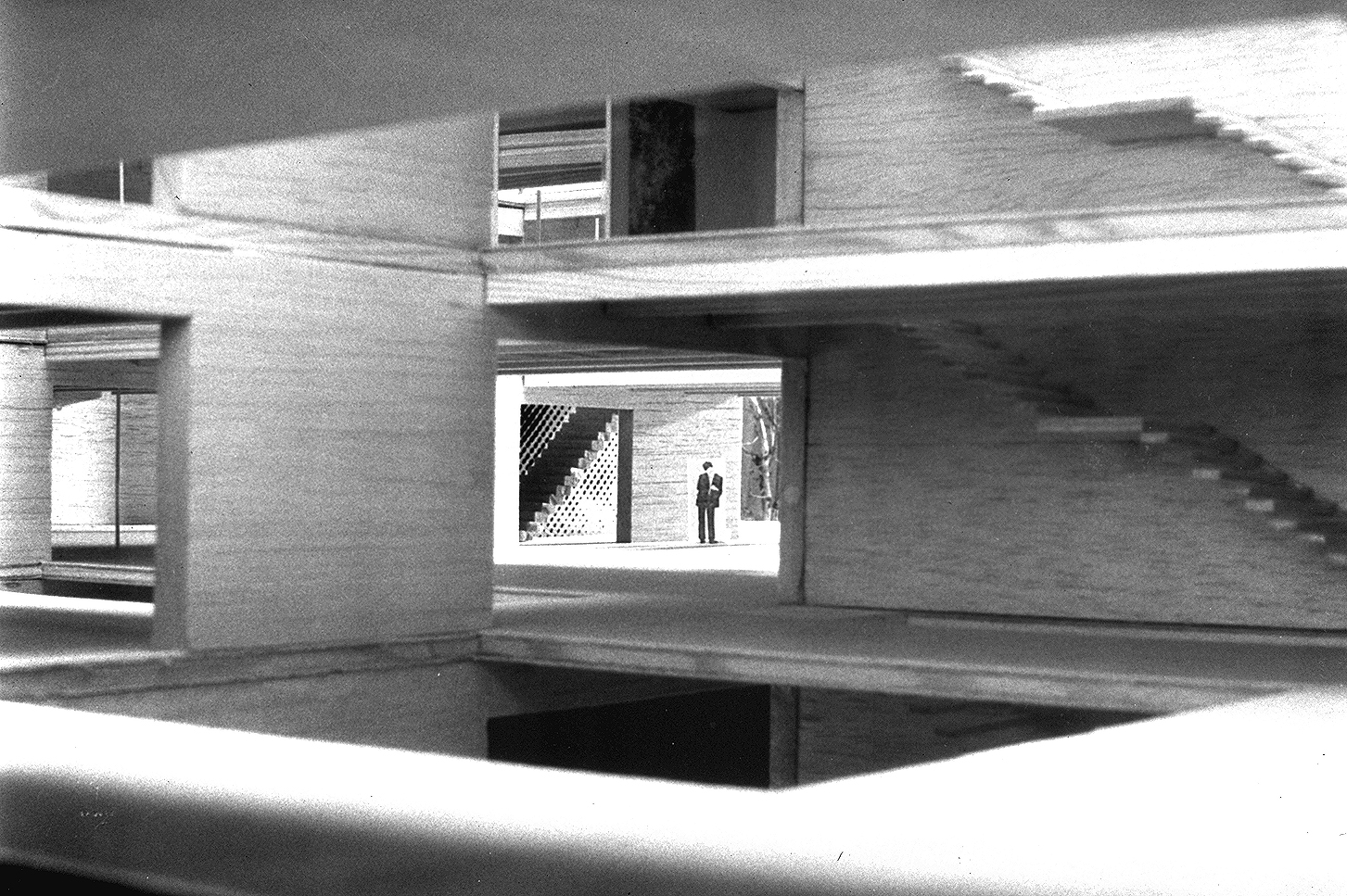