<!--wrapper both columns--!> <!--<div>--!> <!--wrapper left column--!>
<!--texts are here--!>
Polizei- und Justizzentrum
police and court house
Zürich, CH
2004
Properties along the Zürich train lines owned by the Swiss train association SBB are generally no longer used for freight, as freight is no longer being handled within the city. This generates a significant number of properties that are available for development by the City of Zürich.
This competition project involves the proposal for a new police and judicial center, as well as light industrial buildings. The goal was to create a new neighborhood along the rail lines with a variety of public and private use buildings. Public space was brought to the edge of the tracks themselves with a new promenade inserted over the rail field.
At the urban scale, large building volumes are placed into a generous park, which forms a platform along the railway. The first buildings to be built are for public use as the police and judicial buildings. Within and below the platform are parking a public activities such as sports halls and theaters.
Phasing is important to the structure of the development as its implementation is planned over 15 – 20 years. 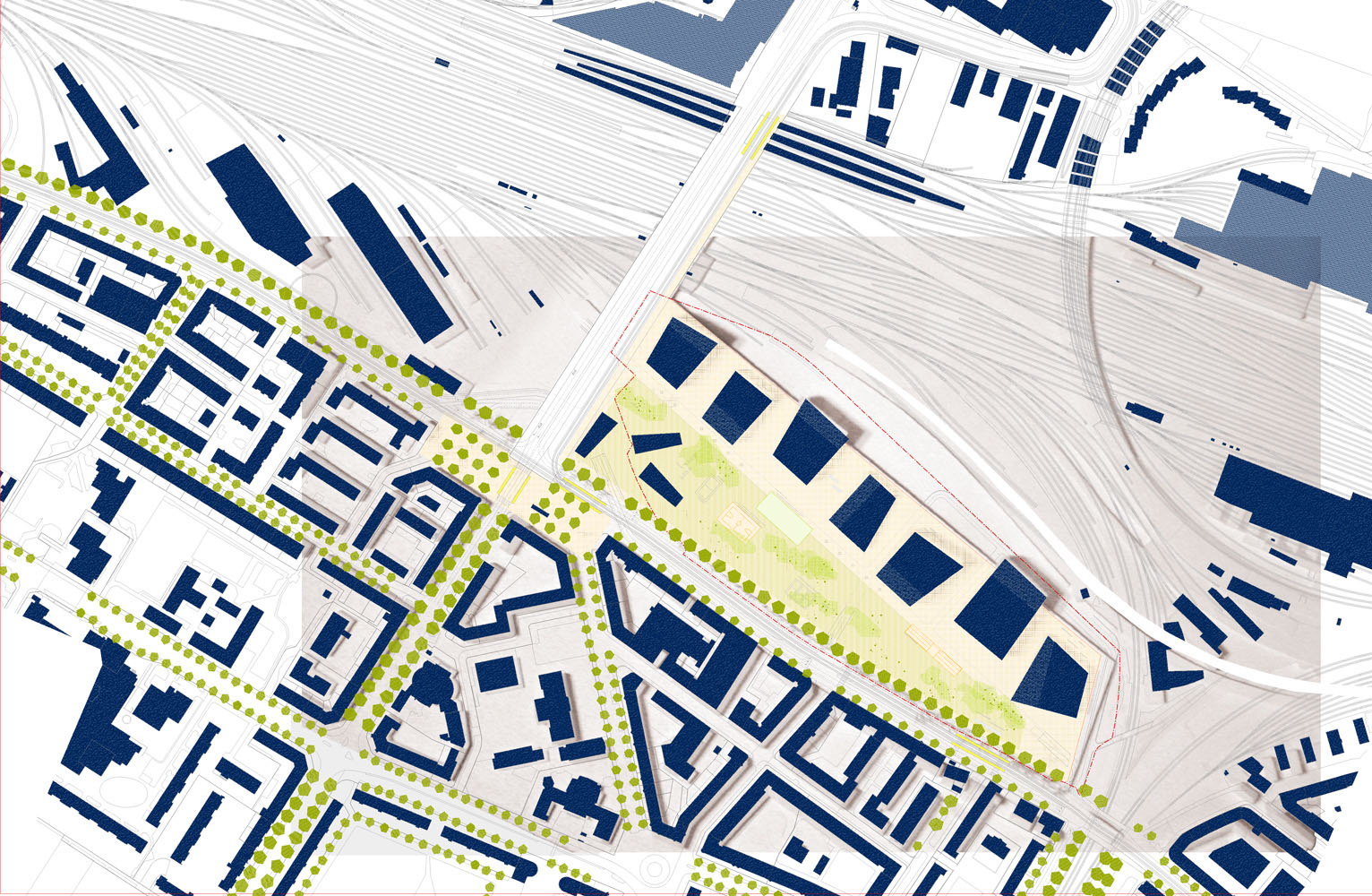 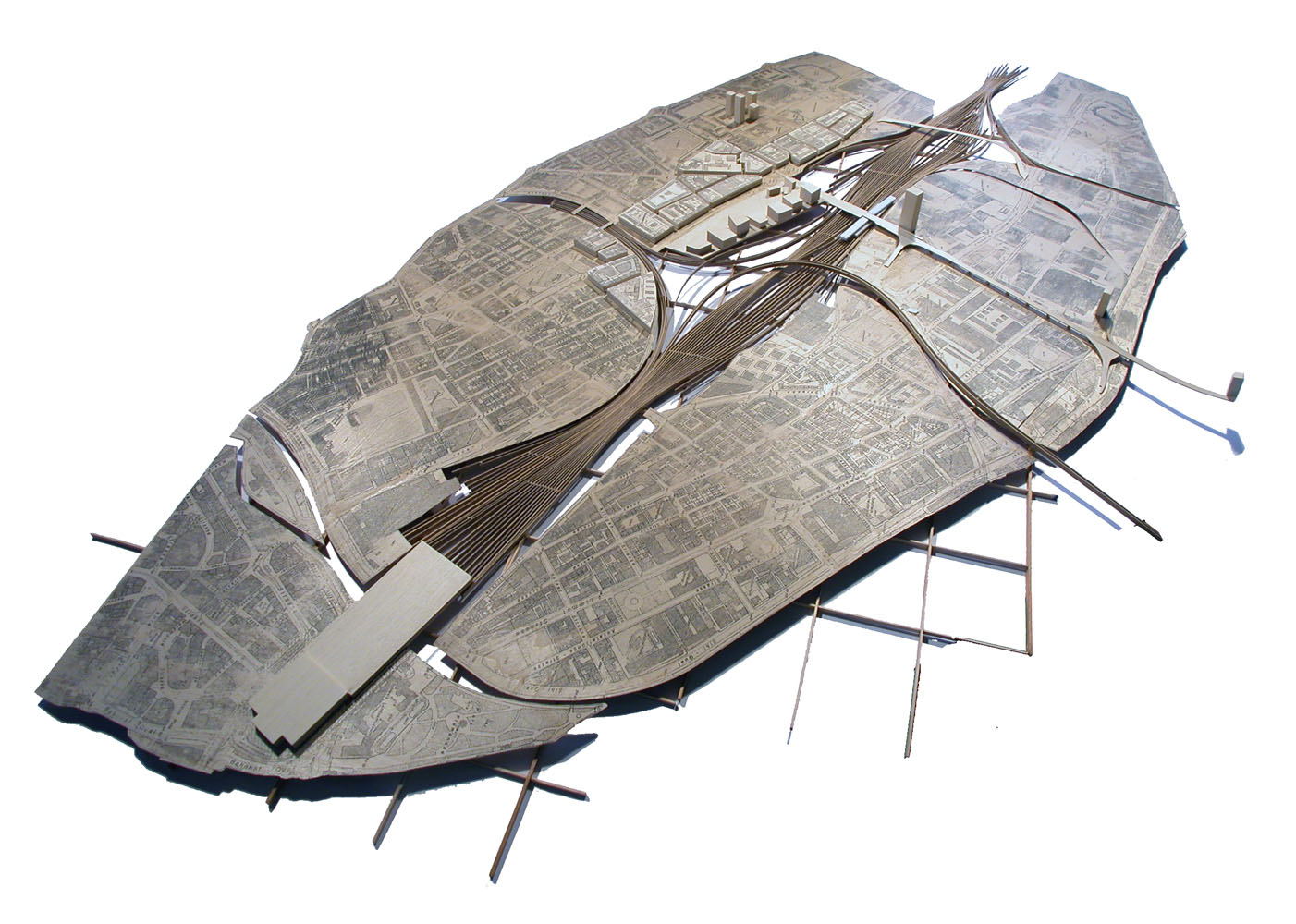 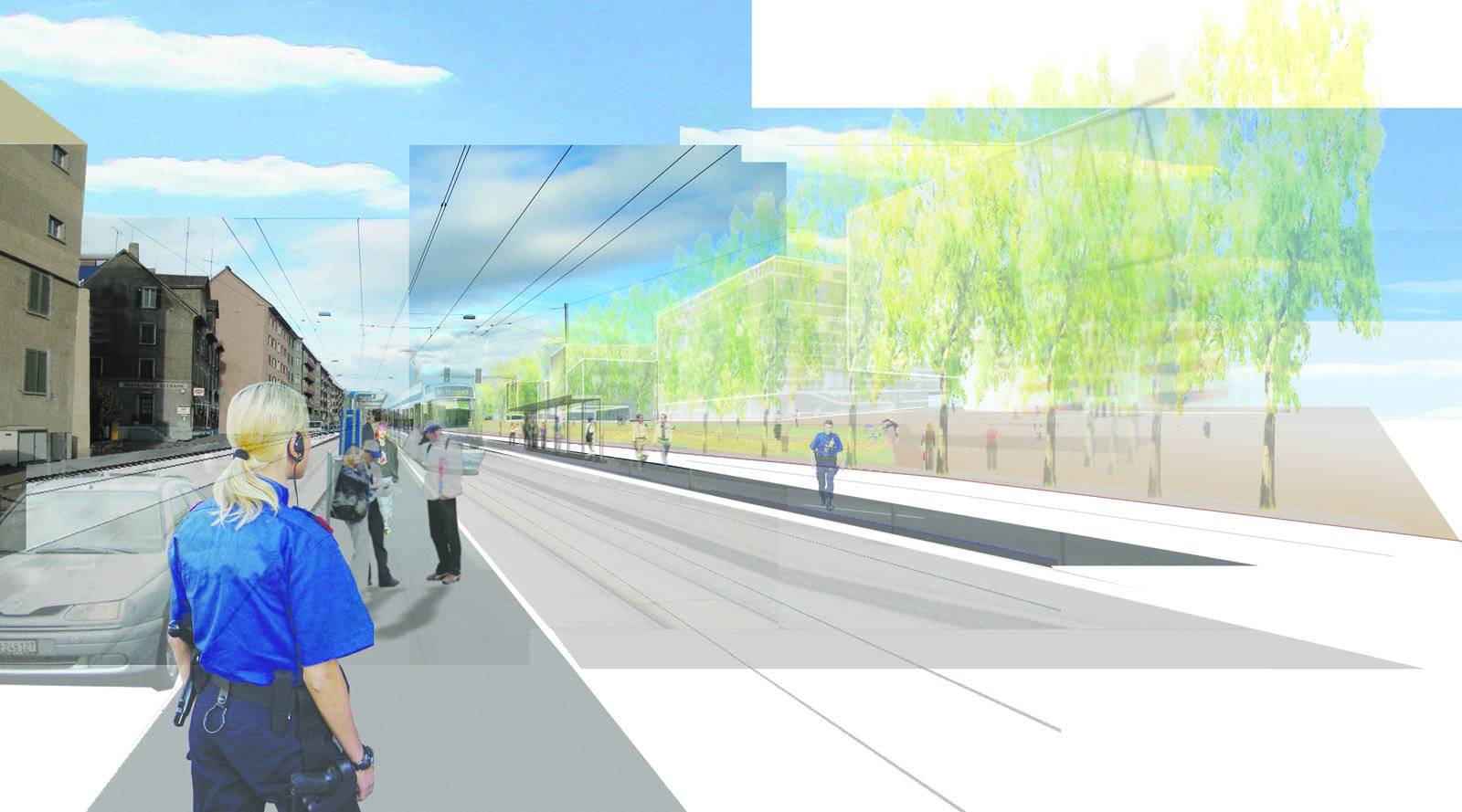 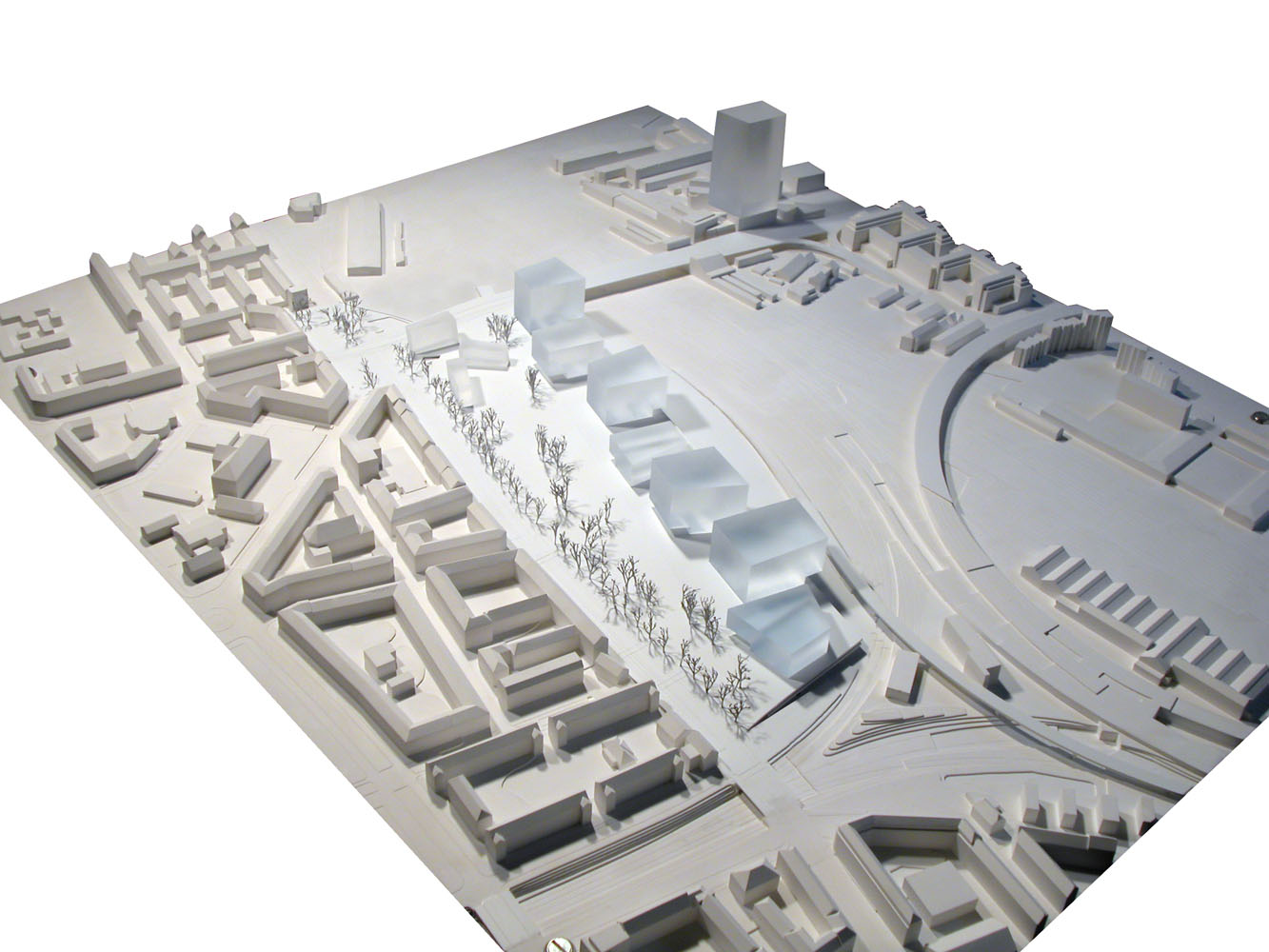 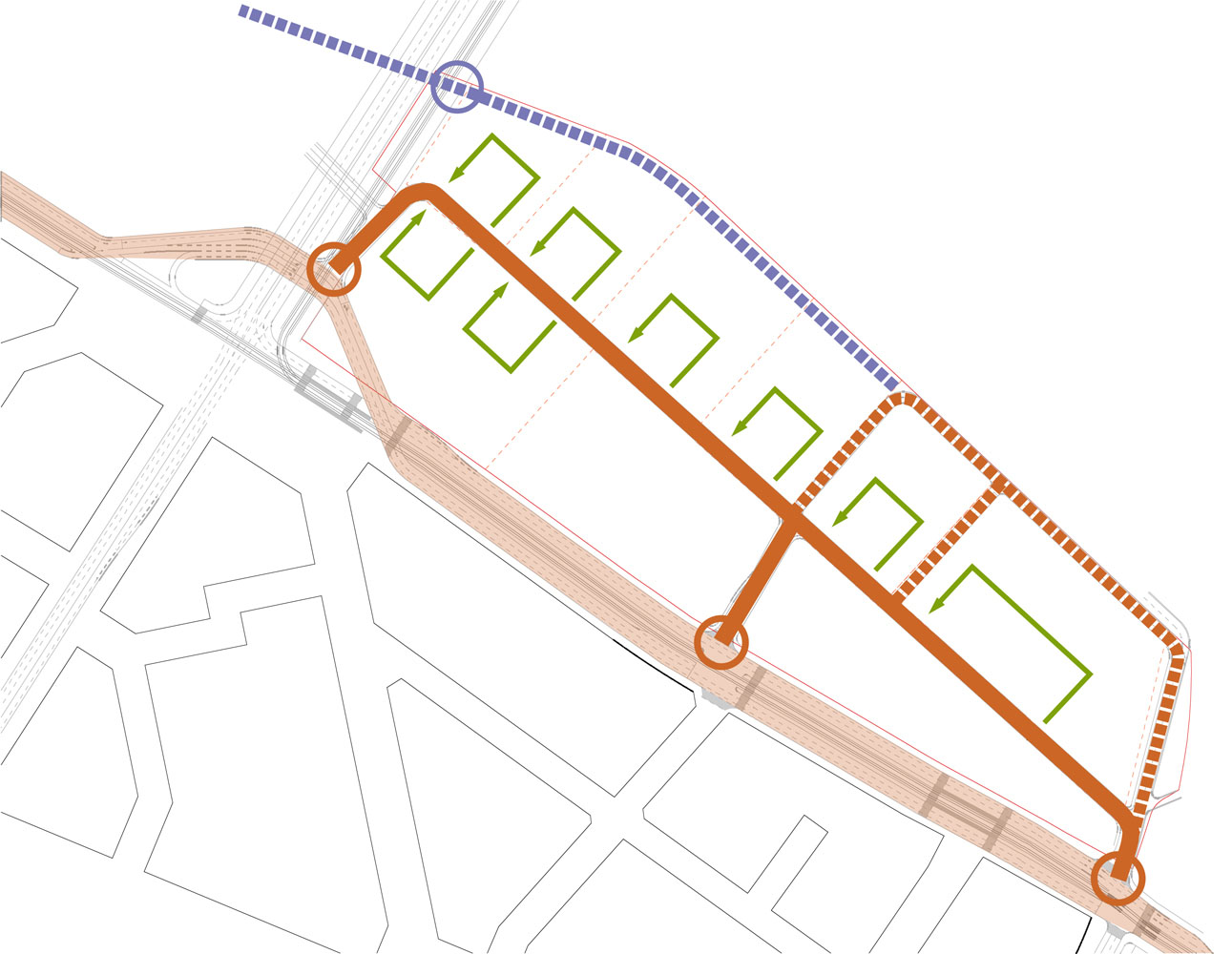